This year has been very hectic, more than usual actually which says a lot coming from me!

Balance has not always come easy this year and in retrospect simple mistakes were made in dealing with challenges. So confession time, like many sports people, I have a bit of an addictive personality, however, I've been pretty lucky in 2 ways with regards to that. Firstly I realised in my early 20's that I had a tendency to indulge pastimes or interests to an unhealthy level and pour vast amounts of time and energy into them. Secondly those addictions we're not ones of the chemical intake variety. I accept that lady luck was hugely kind to me in this regard.

So why is this relevant to my sports massage blog post? Well, back in 2013 I walked the Camino Primitivo in Northern Spain. 230+ miles over the mountains from Oviedo to Santiago de Compostela with my wife and some close friends. Along the way we met more than a few 'searchers'. Now I call them searchers because in the very simplest of terms, through conversations we had, it struck me that they were searching for inner peace. Some were dealing with previous addictions to substances and the toll that it had taken on themselves and their loved ones. Others were simply trying to find ways to improve their own mental health through the solitude and casual unhurried nature of life on the pilgrims' walk.

It wasn't until I'd returned to the UK that I realised how beneficial the walk had been to my own mental health and well being. The ability to focus simply on the physical challenge at hand, in the bubble of the moment without external pressures had a hugely positive effect on me. The mental strength gained by simply looking at a map and seeing the vast distances covered on my own 2 feet was immense. So how to carry this on in my life back in the UK?

Well serendipity led me to fall in with a great (and vastly superior) bunch of Cornish ultra runners. Soon I was covering distances in excess of a marathon regularly on solo trail runs on the coastal path which runs the length of the county on both north and south coasts of the peninsula. Through sheer grit and effort I was gaining huge rewards in the form of endorphins and personal pride.

Well actually it was more of a pop. A knee injury. After nearly 9 months of self-treatment I was back running though, and then on my 1st official ultra race, bang again, same knee, mile 19 of the Classic Quarter, a 44 mile trail race. I finished the course in 12+ hours with one working knee and enough bad language to make a pirate blush, but a chink had formed in my mental armour. My personal strength and I hate to say it, but the adulation of friends and strangers was at risk if I couldn't run. To put it mildly, internally I had a wobble. I had extolled the virtues of running to everyone I knew; I was a runner! This defined me, gave me strength and confidence and was, in short, my coping mechanism from a very stressful career and any other issues I had coping with life's tribulations. Was I genetically mismatched with running? Was I indeed a fraud and a flash in pan? Suddenly was I the guy with 'all the gear and no idea?' Without running, life looked a bit more daunting.

So I hit the foam roller again with a vengeance, scoured running blogs and YouTube for info and delved deep into running injury folklore, all the while preparing for, among other races, the next Classic Quarter.

A prelude to this was to pace my wife for her first marathon, Paris in 2015. So 2 weeks before the trip to Paris I was on a steady foggy and wet 13 miler along the coast path to Lands End when a familiar sensation appeared in my knee from nowhere, within a mile I was unable to bend my knee again except while walking. I was in BIG trouble, strict orders from my wife to "take it easy" had been followed but still my knee had not listened and decided to throw a tantrum. My wife managed to find me by the roadside an hour later once I found a cellular signal in this remote corner of the county, and while I played down the injury, internally I was a bit panicky. 2 weeks to fix something that had previously taken 9 months to heal was a tough order to fill. I called my running mentor, 'I need the number of the lady you mentioned that can fix legs' I said. 'Here's the number' came the reply, 'whatever happens though, remember we're still mates!' 'Bugger' I thought, how much is this gonna hurt?! Not that much (well not for very long) was the answer. 2 hour long treatments in 4 days and I was 'fixed'. Well the knee was, but the face she pulled when examining the rest of me spoke volumes in how little I had looked after myself, thinking only of Strava miles and with no real understanding of what my muscles actually did or how to maintain them.

I was hooked though, we sailed through my wife's marathon and over the next year, regular visits to my own personal body mechanic got my 40+ body back on the straight and narrow.

Fast forward 2 years and I was on the road to becoming a clinical sports massage therapist in my own right. An arduous course delving (sometimes literally in the case of the psoas muscle) into the human body and its workings.

And then I began to notice in others the importance of their ability to train and compete. As they hobbled in for a treatment the look of worry as to the severity of their injury in some patients and their line of questioning indicated that their chosen sport was far more important in their life than simply pulling on a pair of trainers or cycling cleats and heading out for a social on a Sunday morning. No, far more important than that it was their strength through adversity, a bedrock to support them through life's challenges, their meditation.

Sometimes, as I had found myself, one or two treatments were all that was required to resolve the issue. For more involved injuries I've learned to become an adviser in how to continue to train while injured if possible, to diversify away from the coping mechanism and to find new outlets and routes to the endorphins to help to keep us balanced and moving forward happily.

So my point? Health, happiness and balance in life are intrinsically linked.

Health is something that many of us are lucky enough to be able to control to some measure through diet, exercise and moderation. Happiness again can be a fickle beast (I'm simplifying the subject of mental health MASSIVELY here) and is very subjective but if happiness for you is found through exercise, then staying healthy should be paramount in your mind. Finally balance, not being over-dependant on one route to happiness is something worth spending time exploring. Personally I detached my self worth from wealth, job title, car on the drive, etc., all the things that you're not truly in control of, some time ago. Yes, even my beloved trail running (I'm currently at the end of a month of zero running at all due to a chest infection)!

This has reduced or removed the effect that some of the wobbles and bumps in life now has on my mental health and wellbeing. And to get back to sports massage, balance within the body will also help keep you on the straight and narrow, a balanced set of muscles will give you a great bio-mechanical setup and reduce your injury rate.

So S--T--R--E--T--C--H! Stretch at every opportunity, mid run, post run, after a shower or bath or gently in the morning. Join a yoga or stretching class if you need the motivation of a group environment but find a way to stretch that works for you. Your muscles and your mind will thank you.

Have a safe and happy new years and I hope that whatever you experience in 2018 that it brings you happiness and fulfilment. 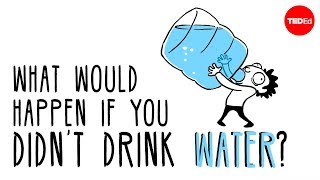 Is your brain shrinking?

Can a video game heal your injuries?

Is your brain shrinking? 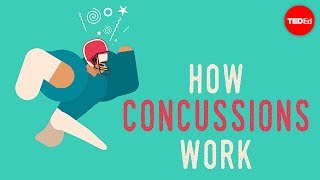 Think you know about Concussion? - From rugby, to football and cycling, here are some things you may 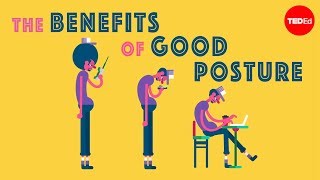 The benefits of a good posture.